A yoga history in a mustard seed

So, how old is yoga really?

Did it come out of Africa with the first migrations of humans 70,000 years ago travelling into India through Gujarat? Some scholars source the Indus Valley civilization as the origin and claim yoga to be 5000 years. We can safely say about 2500 years if we refer to early Upanishads. Or 500 BCE if we look at early extreme ascetic techniques. Let’s take a look at what we know about yoga. 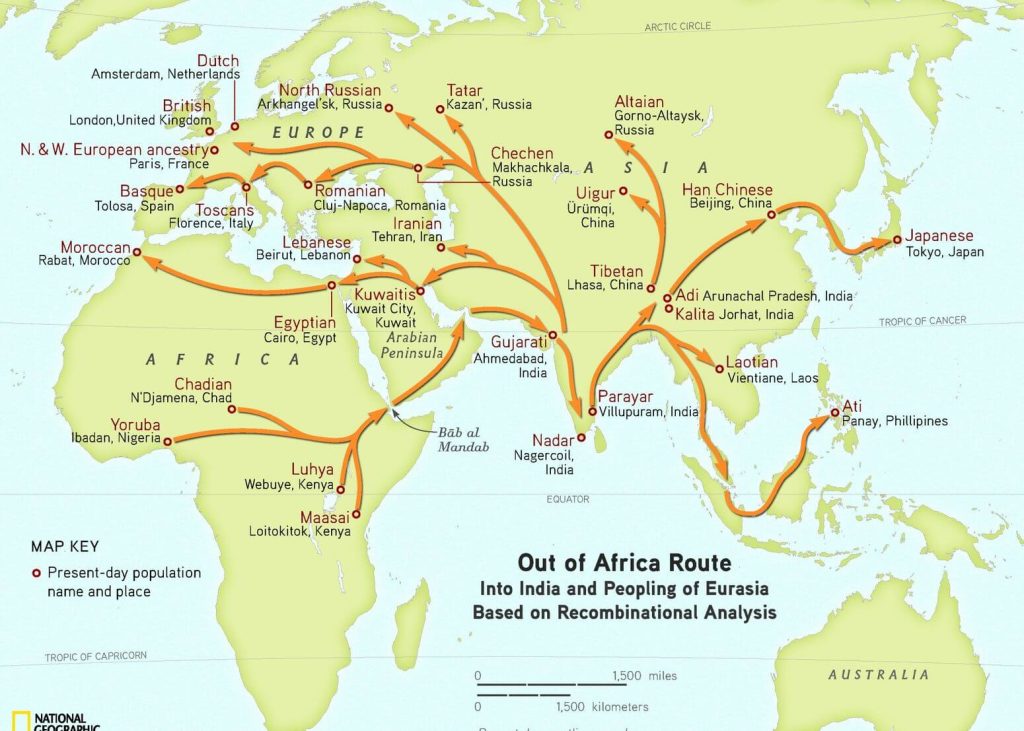 Above is a map of early human flow that shows the routes of humans migrating out of Africa and arriving in India in the present-day state of Gujarat. Some made their way north and settled on the Indus and Saraswati rivers. These people are often referred to a Dravidians. The Indus Saraswati Civilisation, also known as Harrapan Culture, begins in 3500 BCE and develops to its height in 2600 BCE, and eventual decline in 1900 BCE.

Mohenjo Daro and Harrapan (2600 BCE) were two of the world’s earliest major urban settlements. The people were traders and their ships sailed to ancient Egypt, the Persian Gulf, Minoan Crete and Iraq carrying ivory, teak, and lapis lazuli. It was the capital of a great empire stretching from the Himalayas to the Arabian Sea. It was the largest civilization in the ancient world with 5 million people. Then, after several centuries of urban stability, the cities suddenly declined and trade collapsed. City life ended and people went back to the land. 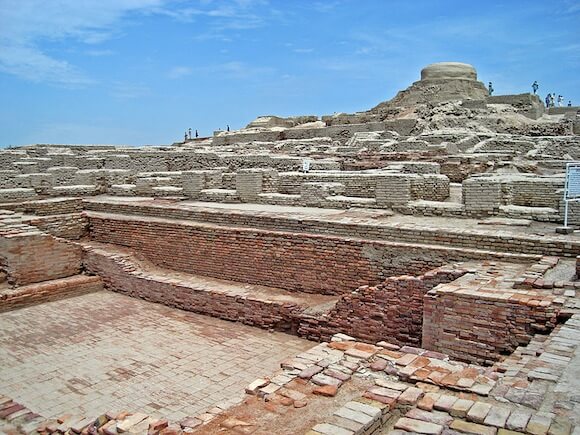 In 1900 BCE, Mohenjo Daro (Mound of the Dead) was abandoned and the Indus Valley Culture mysteriously vanished. The archeological remains can be found in Pakistan, but back then the current borders didn’t exist. When British archeologists found the site in the 1922, they were amazed to see complex hydro architecture with baths and sewer systems. They found no mass graves or evidence of war. War didn’t cause the exodus. Why the Indus cities died is one of the greatest mysteries in archeology.

Geologists believe that around 3,000 years ago there was a decrease in the strength of the monsoon and the Saraswati River dried up and went underground. The original inhabitants migrated eastward from the Indus River to the Ganga plain and climate change affected the history of India. 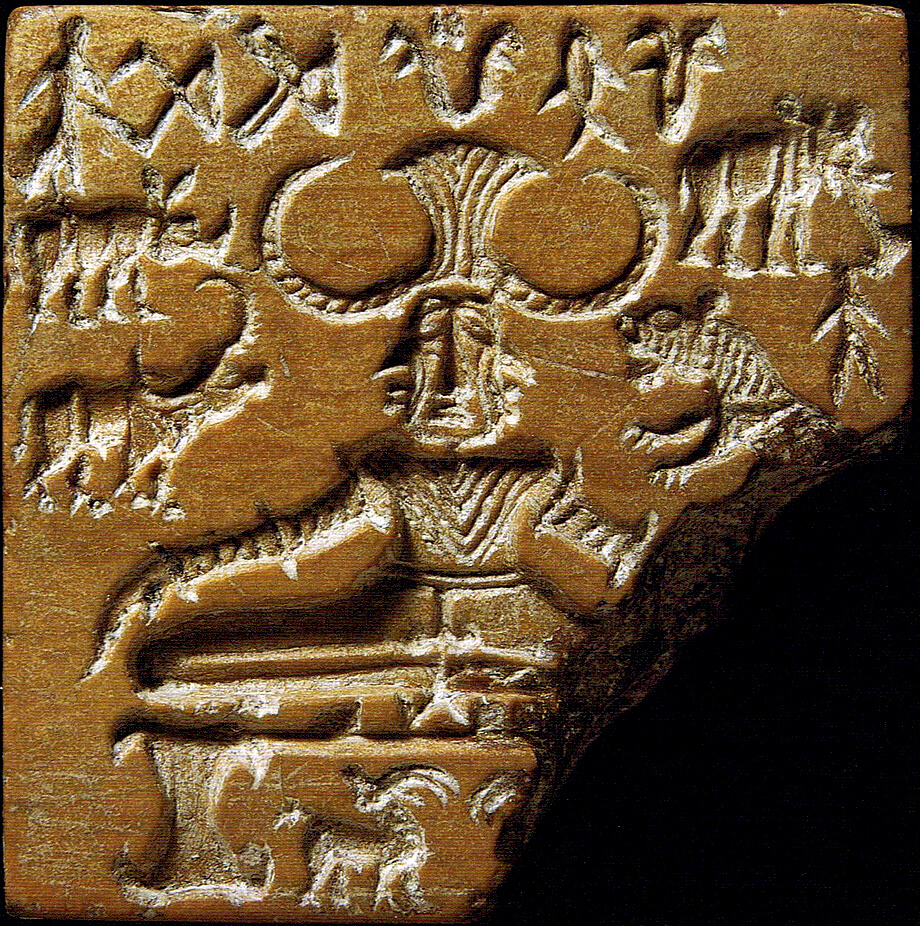 What might be relevant to yoga is the Pashupata Seal found in Mohenjo Dharo. (This small trading seal now resides in the British Museum). It depicts a horned figure that some scholars saycould be a prototype of Shiva or possible traces of early yoga practice. It looks like the figure is sitting in Mulabandhasana. Yet, if it is the Mudra belonging to Tantra, there is no record of the posture appearing again until 13 CE. 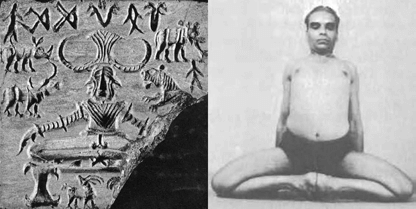 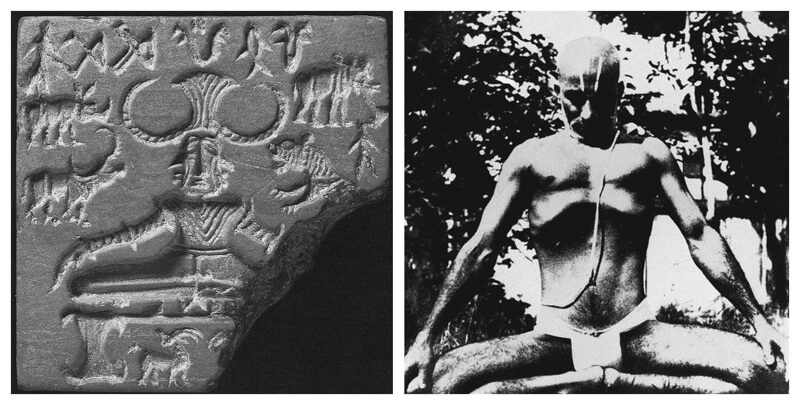 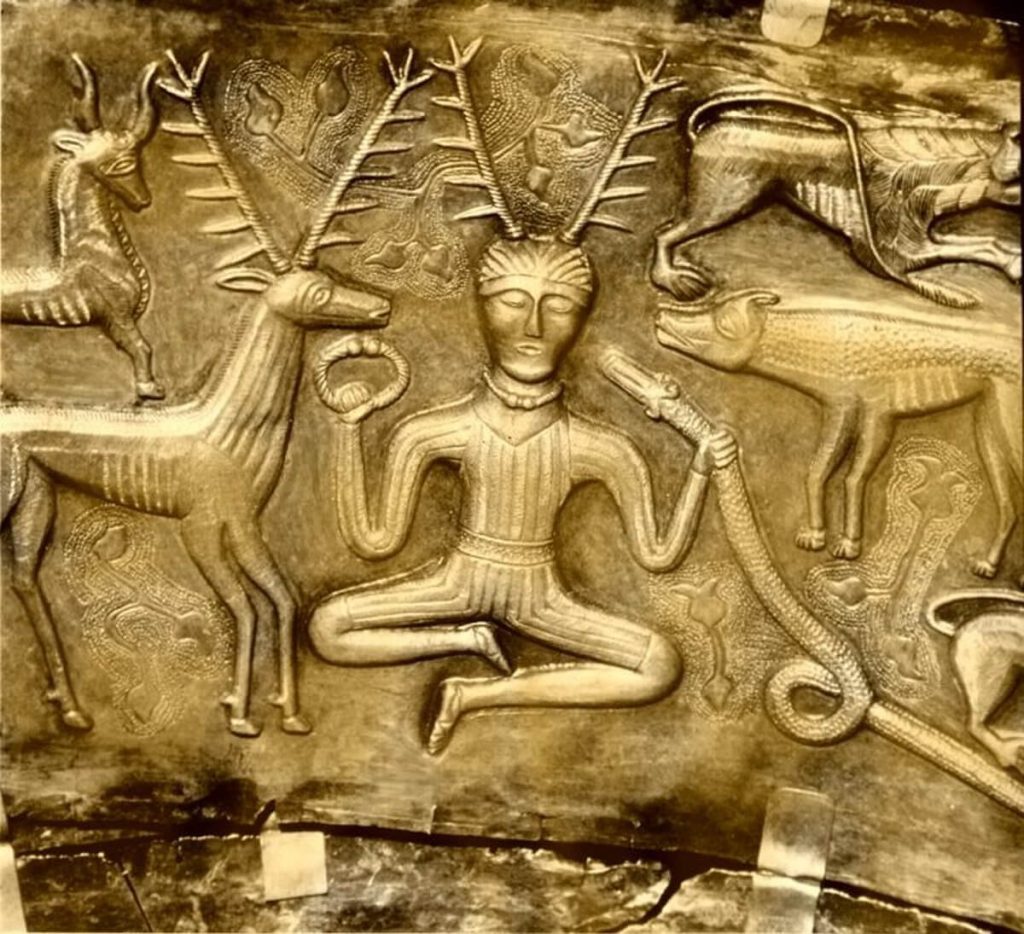 Other interesting seals also exist, one in particular depicts a female holding on to a tree branch that might suggest early Goddess worship. This is a motif that is seen in early sculpture, like at the 2 BCE Buddhist site of Sanchi. Also, the tiger is similar to Durga’s sacred mount (vahana). 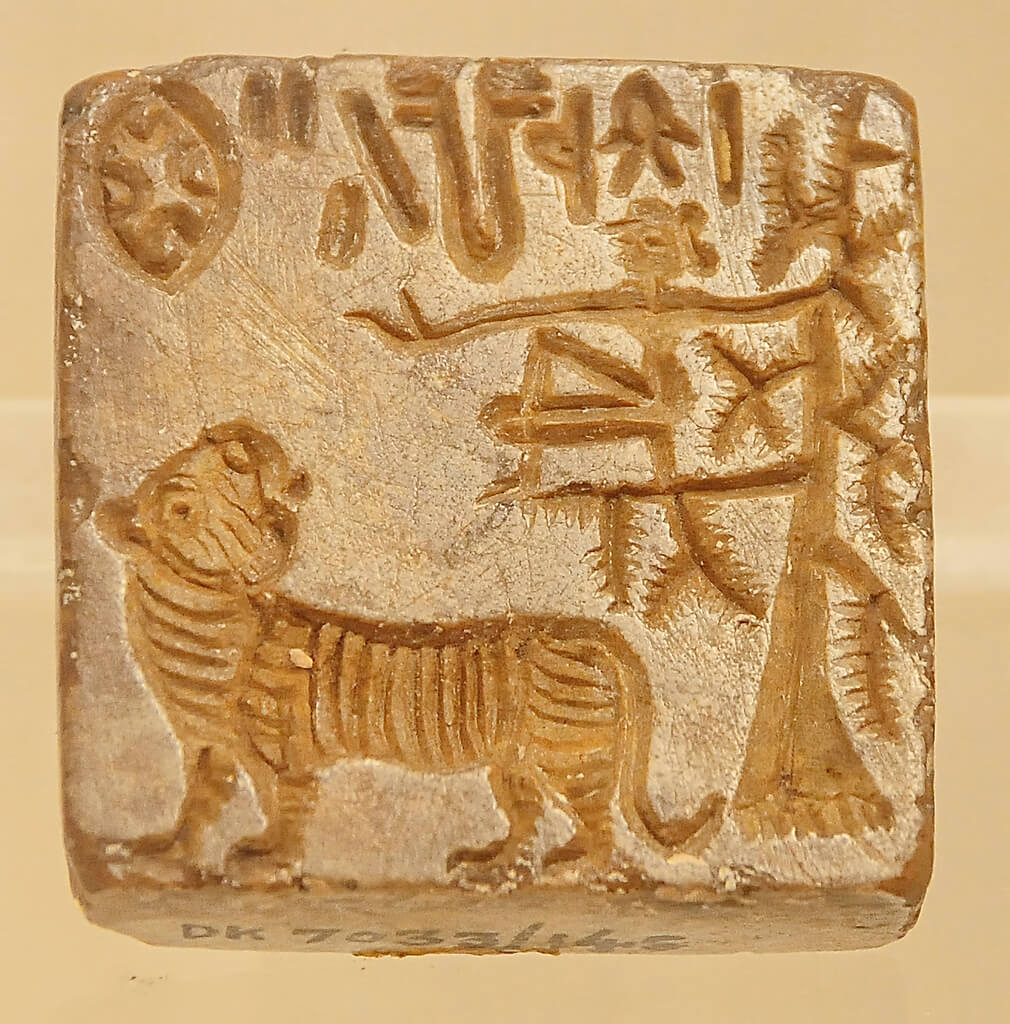 Below, is a similar feminine figure that adorns Sanchi and known as a Yaksha. 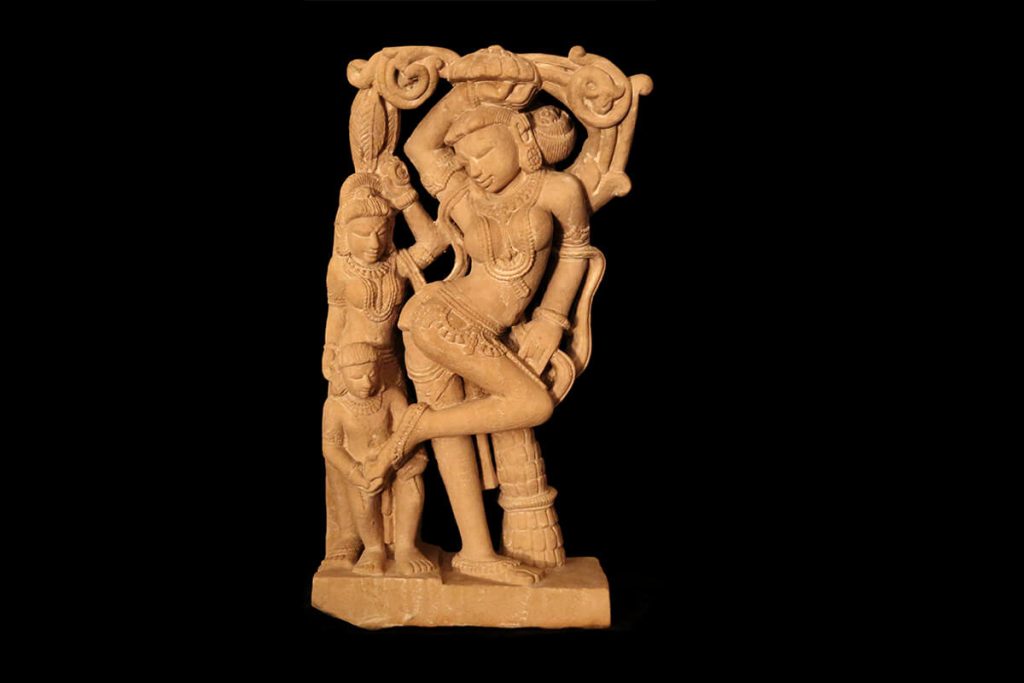 Or, perhaps the origins of yoga are even earlier? Here are some murals in Egypt that look at lot like yoga asana. 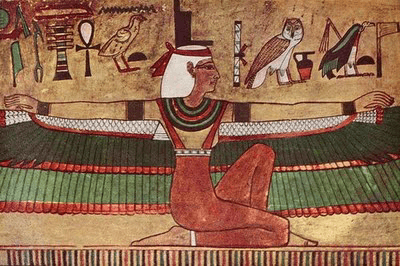 Read Part Three of – A Yoga History in a Mustard Seed: The Vedic Age

This series of articles in A History of Yoga is intended for students on my 200-hour Yoga Teacher Training programs and explores the philosophy and practice of yoga throughout it’s history. Many of the ideas  are inspired by the  teachers who have taught Yoga Philosophy on my Yoga Teacher Training programs. Richard Freeman, Emil Wendel, Jim Mallinson, Mark Singleton, Ian Baker, John Weddepohl, Daniela Bevilacqua, Matthew Clark, Daniel Simpson and Ruth Westoby. The Hatha Yoga Project and Centre of Yoga Studies at SOAS, and online courses with Seth Powell (Yogic Studies), have also been influential. As always, deep gratitude to my guru, Dzongsar Jamyang Khentsye Rinpoche, for his presence and teachings. Any misrepresentations of facts or dharma are totally of my own doing for which I’m truly sorry. 🙏🏽